You may not realize it, but you’ve seen film and television works from, and inspired by, this 20th century design movement. The films I am about to discuss feature an actor that is both beautiful and organic in nature. The actor is, drum roll please…set design.

Set design is as instrumental to a film as the actors’ performances are. Think about it: how many times have you heard “that didn’t look real” or “The CGI was awful?” You might have been like me and thought the graphics in James Cameron’s Avatar were (at best) of video game quality.

If the set design isn’t believable, if it’s not authentic, an audience will have trouble with the story. Set design helps us to better understand the emotional, spiritual and intellectual state of the character on screen. We learn about their habits, likes and dislikes just by the way an arm chair is angled in the room. Okay, enough of me droning on. Let’s get to the movies!

Based on Ayn Rand’s novel of the same name, The Fountainhead focuses on Howard Roark, an egocentric architect who puts his design integrity above business and personal relationships.Loosely based on American architect Frank Lloyd Wright (who some Architectural Historians believe to be the father of American modern design), the film delves into the psyche of a man who refuses to sacrifice his creative freedom and chooses to instead wander the streets in search of someone or something who will recognize modern architecture as a superior design movement. Using hexagonal grids, straight lines and square, geometric shapes in its set design, The Fountainhead captures the austerity and the beauty of true Mid-Century Modern. 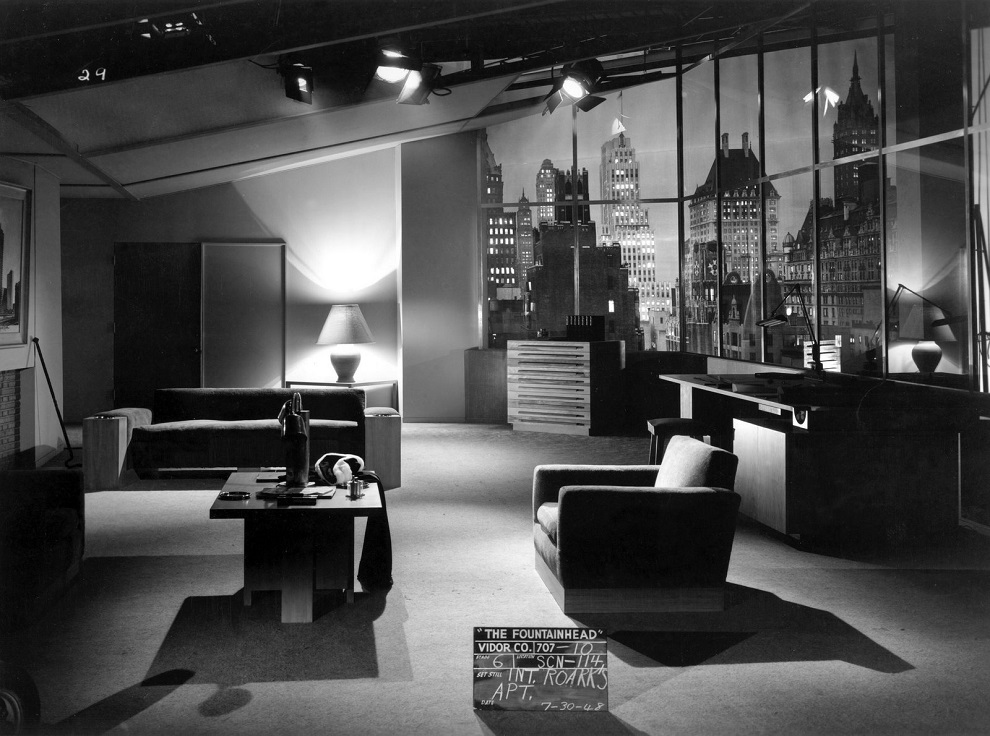 Like The Fountainhead, The Graduate was based on a book written by American novelist Charles Webb. The film follows a young 20-something college grad named Benjamin Braddock who doesn’t have an answer to the big question: what to next? Enter Mrs. Robinson. Seduced by an older woman and family friend, Benjamin soon finds himself in love not with Mrs. Robinson, but with her daughter. What follows can only be described as a comedy of errors.

We can see the Mid-Century Modern design aesthetic in Mrs. Robinson’s earth-toned home, providing a stark contrast is the white innocence of her daughter’s bedroom. The rounded, oval leather chairs, wooden legs and leafy greenery all suggest a calf lost in the cougar’s den.

Perhaps one of the Coen » Watch Full