It wasn’t long ago when I happened to drop my Nokia phone on the newly furnished wooden floor of our lounge and we had to actually get that repaired.
For now, things have changed. Since the world has switched from old school feature phones to fragile smartphones, we have increased productivity, better design requirements and most importantly we want readily available access to our mobiles no matter we’re in restroom or at construction sites. So comes, the fear of getting our expensive smartphones bumped, dumped and sometimes broken have also increased.
The solution to this problem has also appeared in shape of modern protective cases. These cases we’ve featured before are waterproof, dustproof, shockproof and weather-proof and are equally convenient as well. The problem isn’t hundred percent solved, yet the manufacturers have recently put forth some cases which have quenched the fire of angry users to some extent.
So, we brought another protective case to our showcase. Thanks to Gearbeast for their support in recommending this product to our readers. Gearbeast has recently launched GearShield Sport Case for iPhone 6, 6S, 6 Plus and 6S Plus is a complete package for careless enthusiasts like you.

GearShield Sport is Completely Waterproof
GearShield Sport Case makes you worry less and do more if you have outdoor plans like fishing, skiing or football at beach. We found the case quite luxurious in being water resistant while providing ease of access to all buttons and controls. A rugged protective case that provides protections against bumbs and cracks and at the same time looks classy, appeals us more than any other case. As they say, the GearShield case is made to live up to 2 meters underwater and that automatically makes it dust-proof too. As I would expect my $10 worth of screen protector to be, the screen guard is scratch resistant and provides higher level of touch sensitivity. Again, nobody needs to test it by rubbing it over a big rock. Act normal and your iPhone will be there for years unharmed. 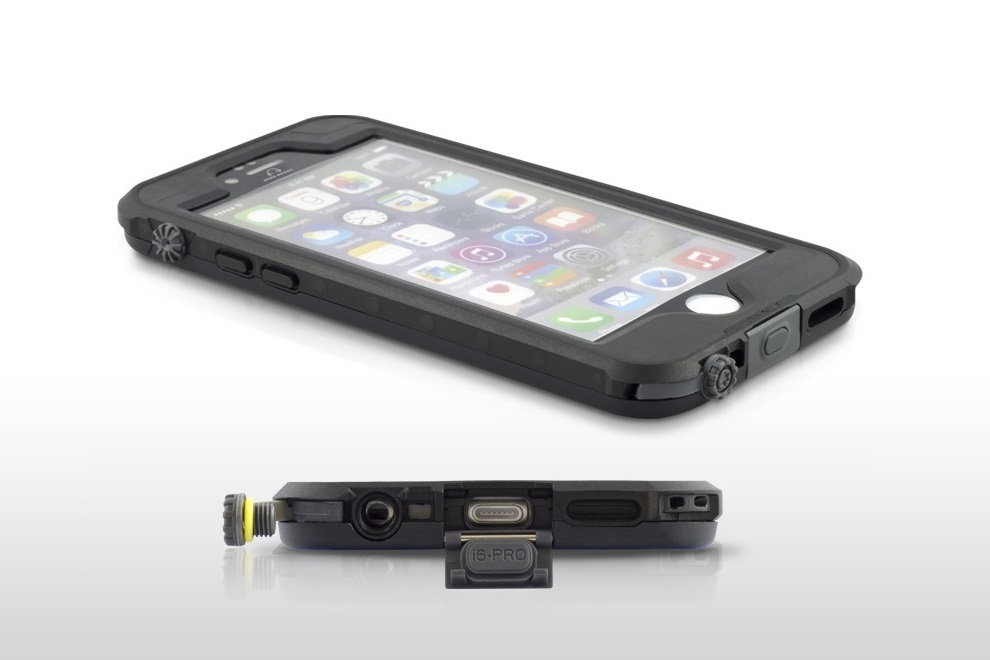 It’s Shock-proof
Getting your phone dropped is somehow more important issue than getting it drenched. GearBeast may sound salesy when it claims that their case is super crazy protective and can endure all kinds of bumps and drops available in the universe. But, the point I noticed is that they have used military-specific shock proof polycarbonate frame. With that engineering stuff, it’s been tested to withstand 2 meters drop. And that’s enough for us. Cool!

High Quality Video and Sound
Here’s the actual difference between GearShield Sport case and other waterproof cases (as far I’ve experienced). When you have fully sealed your phone into an ultimate waterproof and shockproof case, will it affect media experience, especially sound? We had talked about Solar Case earlier and that was in the legion » Watch Full