FLYBi Drone takes the RC flying experience to next level of awesomeness! It’s a drone that houses a 1080P HD camera under the hood and gives you the ability to control the camera through Head-Tracking FPV Goggles, sounds pretty badass idea to me! The basic idea was already around since several years, it’s just no one could think of embedding a VR tech in a quad-copter to experience the world like a bird.

The feed is transmitted from the drone to the goggles in real time through a separate transmitter which makes it more efficient in tracking head movement and filming side by side. Not just that, the Flybi drone will return to the takeoff point or Helideck in case the battery runs out. And thanks to the automated system for swapping old batteries with the fresh ones, Flybi can change the batteries itself while resting on the Helideck.

It also features active obstacle avoidance sensor for safer flights, water-proof wrist wearable controller with active 1.8-in display, on-board WiFi, memory, and An intuitive FLYBi app that enables you to set a flight path for the drone, waypoints to hover and take incredible shots…

The drone wouldn’t leave you behind if you set it to “Follow me”, it will film you when you’re on the move. More like Hexo+ Flying Drone I guess. For more accuracy and to avoid disorientation, FLYBi gimbal rotates only 55 degrees but there are drones that offer360 degrees rotation already. Head over to the Indiegogo Campaign to choose a perk, starting from $495! 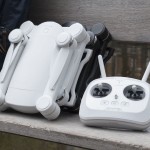 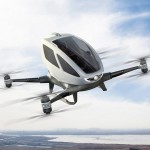 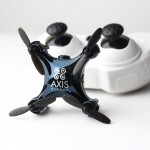 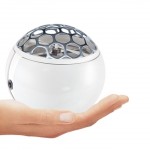 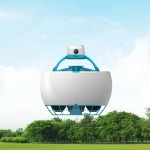 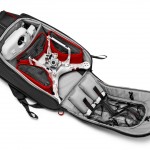 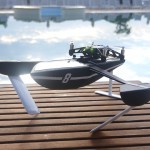 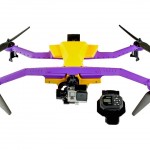