The cute little astromech droid BB8 got everyone’s attention right after its first appearance rolling across a desert in “Star Wars: The Force Awakens” trailer. The whole internet’s also been abuzz with the awesome little Star Wars BB8 Droid ever since. So, the good news is, the same company that made Ollie A.K.A Sphero 2B has come up with a real life BB8 App-Enabled Droid Toy and I bet it’s the droid you’re looking for! 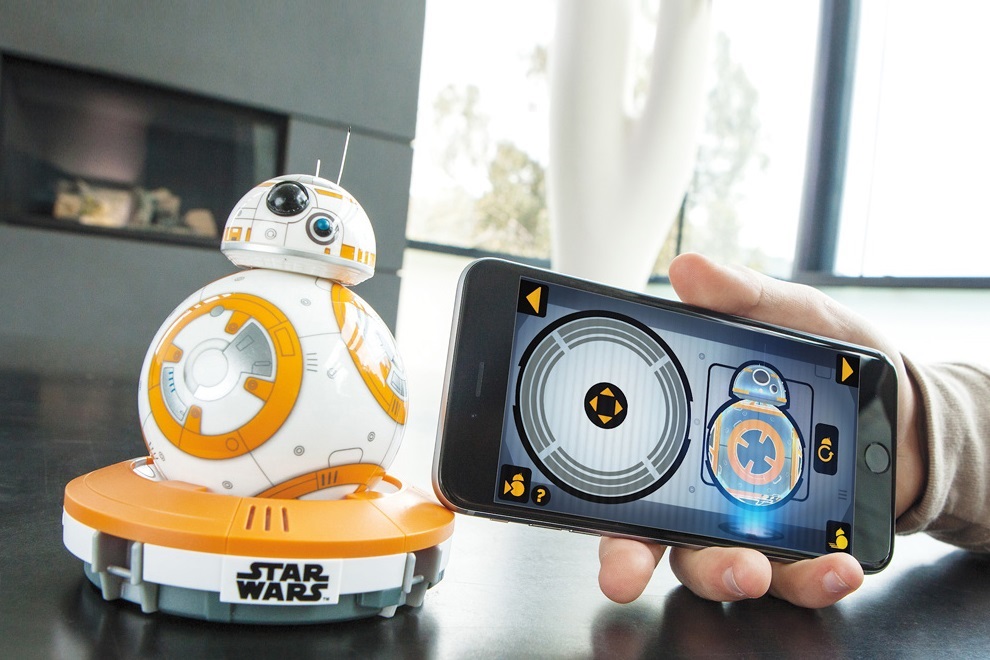 The toy is very easy to steer, can roll across any plain surface or do something like exploring a galaxy!…Wait. What?

Yes! The most interesting feature in this toy is the Autonomous Behaviour and Adaptive Personality that makes it unique among all the other robot toys ever made. Autonomous Behaviour makes this toy a king of itself. It will essentially roam about and occasionally send bleeps when it’s excited or fearful. 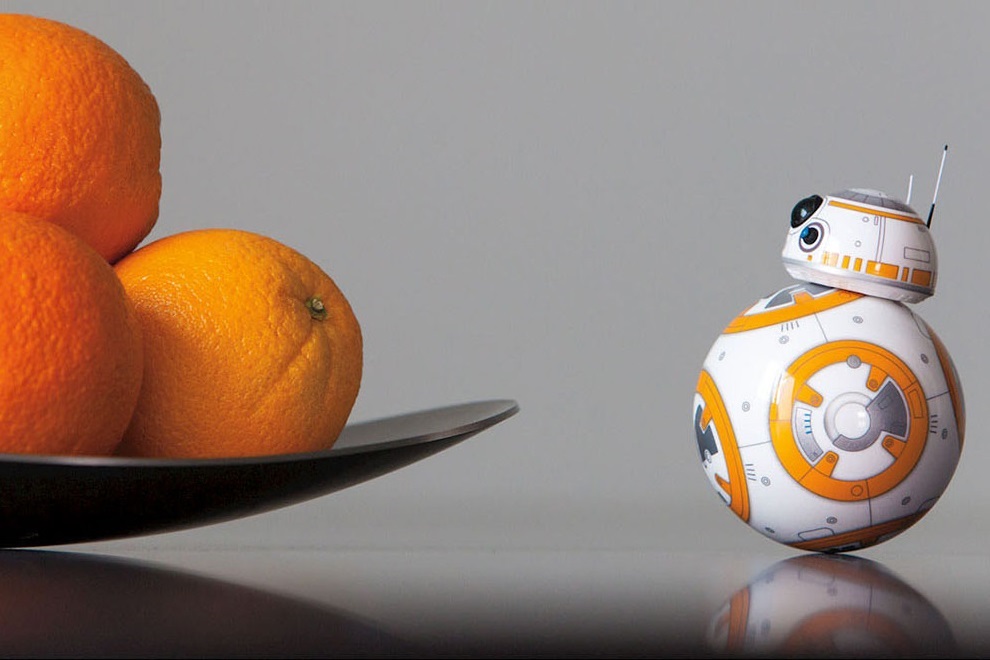 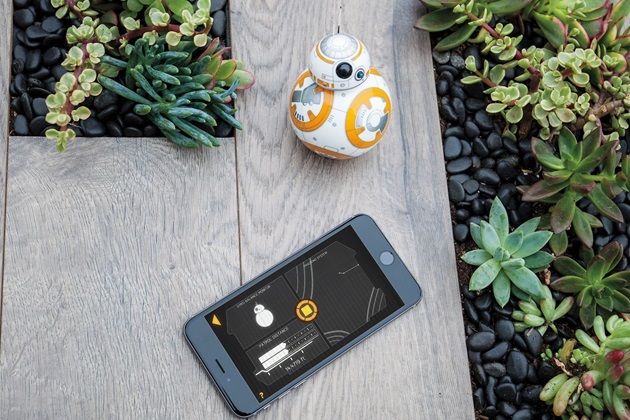 You can also set a track and watch the droid Patrol the area for you. The Adaptive Personality feature will change the behavior of BB8 as you play with it. It may show you a range of expressions or even light up upon voice commands. Quite Adorable! 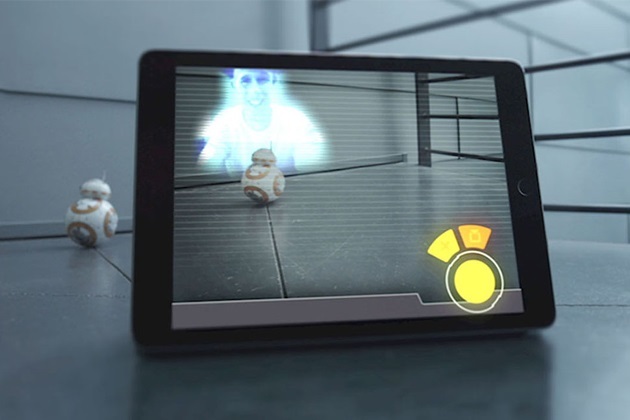 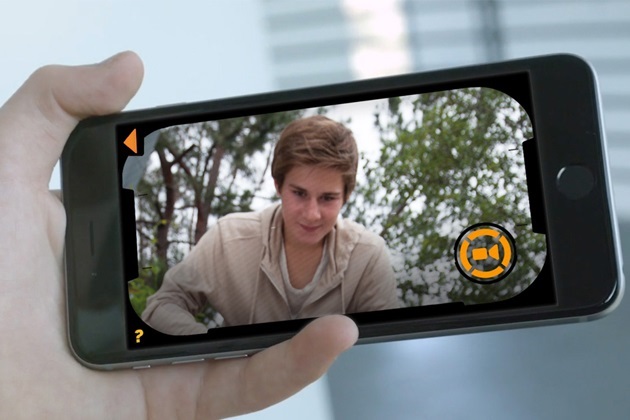 You may also create, send or communicate through Virtual Holographic Videos within app. The range of features circle around smart tech used by the smart people at Sphero. The Gyroscopic Propulsion gives it enough push to roll on any plain surface while the internal mechanism is made to ensure the upright position even when its coming down from a slope or you’re just picking it up to look at it. 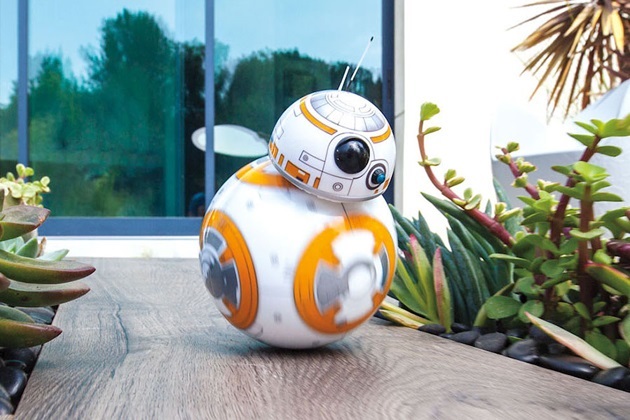 The BB8 battery gets wirelessly charged through wireless Induction Charging Base. Connects to your iPhone/iPad/Android device (See list of Compatible Devices Here) via Bluetooth and works around 30 meters of range. 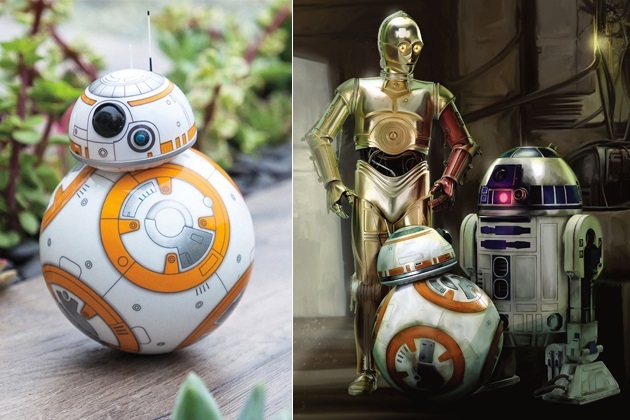 Since the head is just another piece of magnetic sorcery, its internal guidance system including gyroscope and accelerometer keeps the toy oriented and in the same direction as you drive BB8 around. Checkout the video to see BB8 Droid in action. [Also Available in Europe]

Available at amazon.com for $150