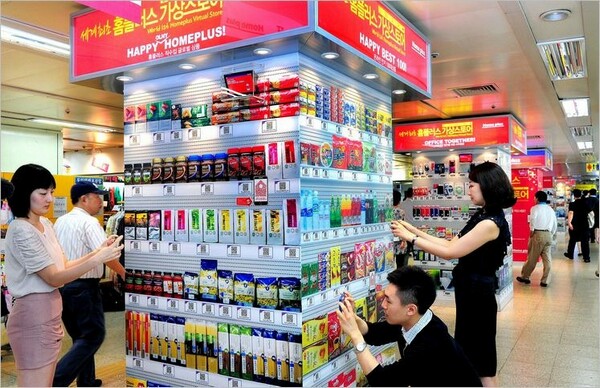 World’s first virtual store opens in South Korea, where buyers can scan barcodes of products displayed in a Seoul subway station using their smartphones. Opened by Homeplus, South Korea’s famous discount store, is offering 500 items, including food, electronics, office supplies and toiletries, in this virtual store at Seolleung station in the south of the city of 10 million, Shoppers can take images of barcode from life-size products and shelves (actually the screens) to buy products. 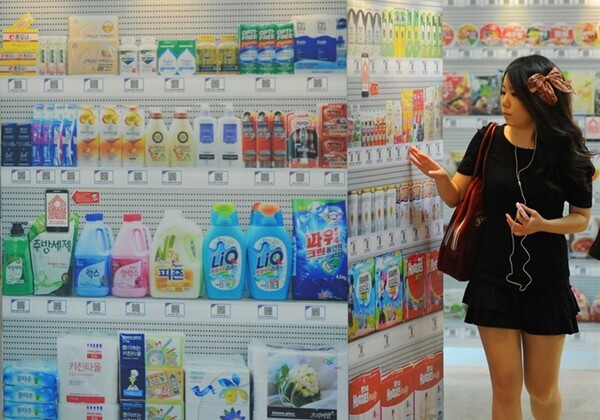 “You place an order when you go to work in the morning and can see the items delivered at home when you come home at night,” said a spokeswoman for Homeplus.

In fact, consumers don’t have to be anywhere near the virtual store. For example, if you want to order replacements of a bottle of water that you have in your hand, you don’t have to stop by the subway station. You simply scan the bottle’s barcode with the Homeplus app. The products are delivered later to home or office.

Homeplus is currently working for Android users since its opening. And hopefully it will be available for iPhone users too in this September after approval of app from Apple. Watch the video below. 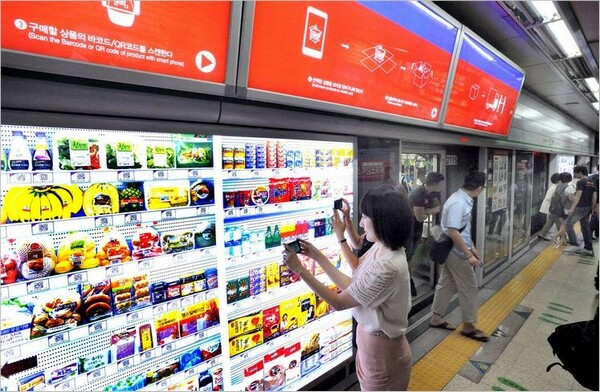 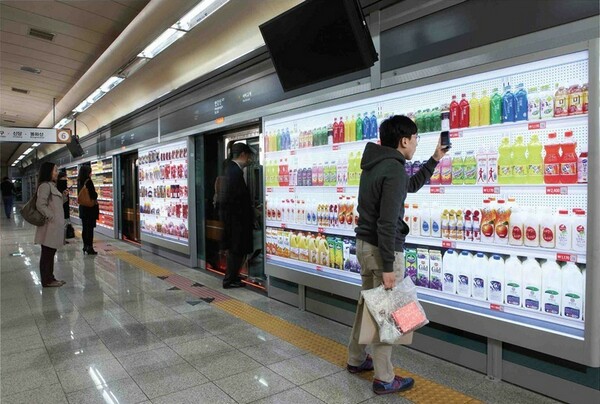 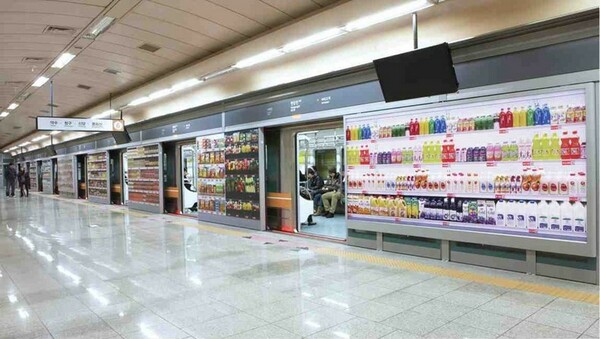