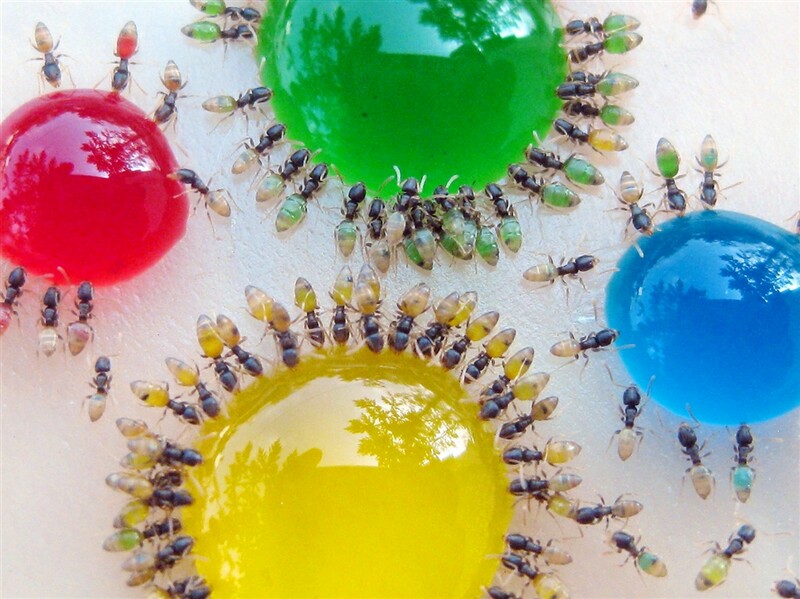 Colorful ants photographed by Mohamed Babu, a scientist and photographer. In these picture ants are eating colorful drop of sugar, which Mohamed Babu placed in his garden and captured them. He experimented after his wife told him that some ants turned into white after drinking spilt milk and then he tried with red, green, blue and yellow as shown in pictures.

“As the ant’s abdomen is semi-transparent, the ants gain the colours as they sip the liquid. Some of the ants even wandered from one color to another, creating new combinations in their bodies,” Babu told. 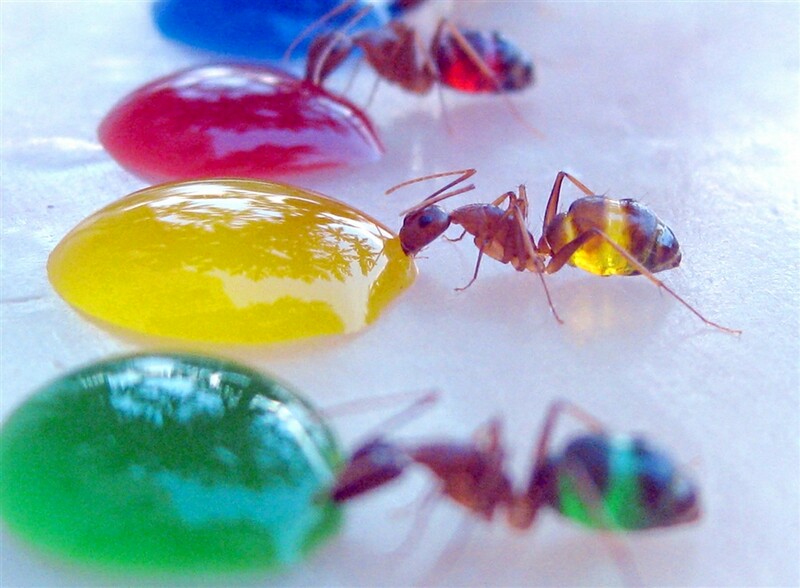 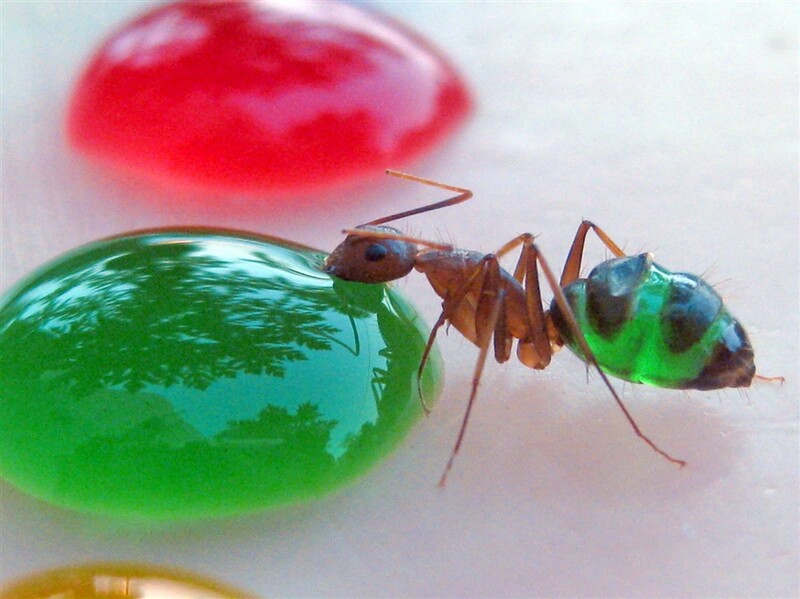